In 2013, a generous bequest from the Estate of Jeanne M. Swope allowed The Library to name the children’s wing at the McCormick Riverfront Library honor of her and her late husband, Harold W. Swope. 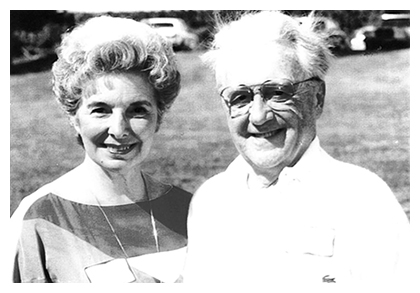 Mrs. Swope passed away in April 2012. In her Will, she requested that a portion of her estate be distributed to charities. The Co-Executors, in consultation with Jeanne’s sister and close friends in the area, selected charities in Central Pennsylvania that they knew were in line with both Mr. and Mrs. Swope’s values and beliefs. They wanted to honor both Jeanne and Harold and to have the funds to be utilized in the area where the couple lived and loved.

Mr. and Mrs. Harold W. Swope were long time residents of Harrisburg. Mrs. Swope worked for the Governor’s Office for many years. Mr. Swope was an attorney who worked most of his career in the Harrisburg area. Both were intelligent, kind, thoughtful and charitable individuals who were highly respected by all they came in contact with over the years.

Mrs. Swope had great affection for the men and women who served our country in the armed forces, especially her husband, Harold, who had been a Major in the Marine Corps during World War II, having served as Commanding Officer of Marine Air Warning Squadron 3 in the New Hebrides, the Solomon and the Philippine Islands. They both were passionate about education and saw higher education as a means for all to succeed.

While both of their families had status in the Harrisburg area, neither Harold nor Jeanne ever took what they had for granted. After their marriage, Harold continued his law career and Jeanne stayed home and cared for her husband, family and home. They were both very socially and politically active. Harold and Jeanne continued giving back to the community they loved. Both belonged to and worked diligently in various civic organizations in the area, both were devout Christians and both were very humble people. They were respected in the business world and in the community in which they lived. They valued their integrity; they were trustworthy and caring individuals.

During their many years together, and despite their resources, Harold and Jeanne did not live a lavish lifestyle. Rather, they enjoyed entertaining their friends at their annual parties and giving of their time and funds to the arts, family and various charities.

After Harold's death in 1999, Jeanne continued to work with various non-profit organizations, supporting fundraisers for many civic organizations. She cherished his memory.

It is no surprise that Jeanne's main focus in her estate plan was to continue to give back to the community that she and Harold loved and supported wholeheartedly. Through Jeanne M. Swope’s estate, several educational funds have been established for children close to her heart, an area church will benefit, scholarships at a local college and at a local law school have been established, several non-profits that serve the homeless and people of little means have been helped, two organizations that serve our military and their family and several non-profit organizations in the area are among the organizations that will remember Jeanne and Harold Swope.

There is so much that we as citizens could learn from Mr. and Mrs. Swope. First and foremost we learn to be passionate about what we do in our daily lives, to give back to the community that serves us in good times and bad, and finally, we learn that the ultimate legacy any of us can leave would be to mirror the generosity and lifestyle of Harold and Jeanne Swope.