For your safety, face masks are required while inside all of our libraries. If you are unable to wear a mask, curbside and electronic services are available. See more details.

The Library's meeting rooms will no longer be available starting November 29. Free Zoom Rooms are available. 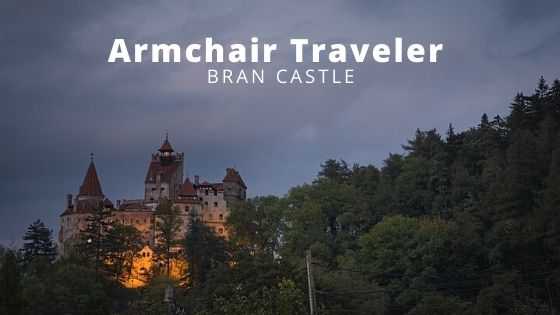 Many people wonder what Bram Stoker’s inspiration for Count Dracula’s castle in his 1897 horror novel Dracula was. While Stoker never visited Bran Castle in Romania, it is commonly called “Dracula’s Castle.” Dracula scholars debate whether Stoker’s character Count Dracula was inspired by historical figure Vlad Tepes, also known as Vlad III Dracula or Vlad the Impaler. Even if that is true, Vlad Tepes never resided at Bran Castle either. Regardless, Bran Castle fits Stoker’s description of Dracula’s castle quite well and is a worthwhile stop on your travels through Romania. You can learn more about Dracula’s ties to Bran Castle on the castle's website >

Watch the video below for beautiful interior and exterior shots of the castle.

Construction of Bran Castle on a steep cliff was completed in 1388, resulting in a stunning feat of architecture. Bran Castle served both as a line of defense for Transylvania against the Ottoman Empire and as a customs post between Transylvania and Wallachia. Over the years, Bran Castle has served many roles: fortress, customs post, royal residence, hospital, and now a tourist destination. In 1956 the castle was transformed into a museum by the communist regime that had taken control of the country nine years prior. The castle has served as a museum and tourist spot ever since. You can learn more about the castle’s history on its website. 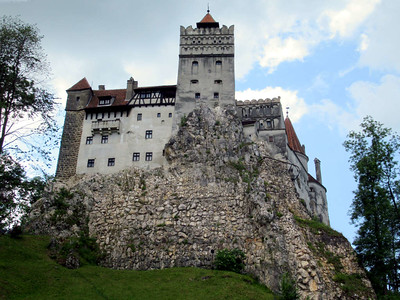 The Library has so many different items in its collection to do with castles, fairytales, and the locations we’ll be visiting over the next few blog posts. You can search for these items and place a hold at dcls.org!

Bram Stoker's novel Dracula is one of the true classics of the horror novel as it tells the story of the vampire as he attempts to spread his curse to England, and the small band of heroes who try to stop him. Told through a series of letters, the terror the vampire creates seeps through the pages in one of the most influential novels ever told.

The Lady Rogue by Jenn Bennett

1937. Theodora has read every book in her father's library, has an impressive knowledge of the world's most sought-after relics, and has all the ambition in the world. What she doesn't have is her father's permission to join him in his treasure hunts. His protégé Huck Gallagher gets to go instead. When Huck returns from an expedition without her father, the two set out to rescue him. Armed with her father's travel journal, they must find a legendary and magical ring that once belonged to Vlad the Impaler. But in the misty Carpathian Mountains, they aren't the only ones searching for the ring. A secretive occult society is hunting for it... and will go to any lengths to possess it.

The DK Eyewitness Eastern and Central Europe travel guide will lead you straight to the best attractions eastern and central Europe has to offer. Covering 17 countries, this guide provides all the insider tips every visitor needs, whether you're traveling to Tallinn, Krakow, Prague, Budapest, Dubrovnik or Ljubljana - or perhaps through them all! With comprehensive listings of the best hotels, restaurants, shops and nightlife for all budgets, this guide takes you to every city, national park, castle, church and museum worth seeing across eastern and central Europe. It's fully illustrated, with 3D cutaways and floor plans of all the must-see sites, as well as street maps and reliable information for getting around. Exploring the culture, history and architecture, while not missing the best in entertainment, shopping, tours and scenic walks, DK Eyewitness Eastern and Central Europe is your essential companion.